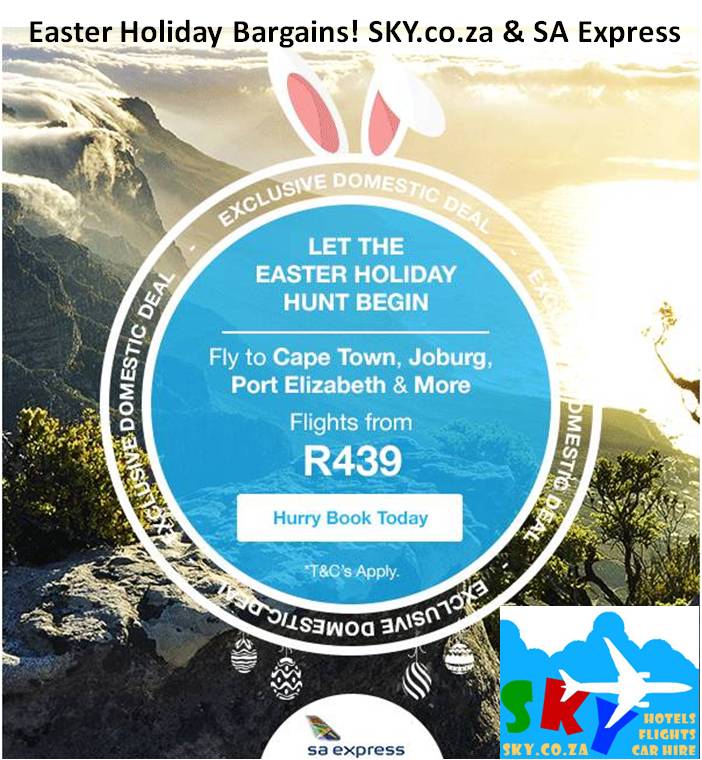 What Airline is this with? SA Express

When can I return? Maximum stay: 6 months

South African Express may have a striking resemblance to its strategic partners South African Airways and SA Airlink, it however has been operating completely independently for the past 20 years. Their reputation since 1994 is that they’re ‘the fastest growing regional Airline in Africa’.

With names like the Bombardier CRJ200 and the Dash 8-Q300 making up their fleet, SA Express is fully capable of living up to their status by offering rapid non-stop flights to South Africa’s major centres as well as regional destinations further afield.

They’ve been in operation for over 20 years since their formation in 1994 and were listed as one of the Top 500 Best Managed Companies.

In October 2014, SA Express became the first airline in the country to adopt a new method of taxiing after landing that burns less fuel and cuts fuel emissions.

This site uses Akismet to reduce spam. Learn how your comment data is processed.

You can check all airline prices and flights from our website to find and book the cheapest airfares, all from our site.

We have over 46,000 pick up and drop-off points worldwide, from Alicante to Zeerust. There are customer points at all airports and a few in each of the capitals. We work only with the best suppliers to ensure you a good service, lower prices and a quality experience.

We have over a Million quality hotels, guest houses, BnB's, hostels, lodges, etc. worldwide from which you can choose to find the best prices and convenience.